Outside Qunu, Eastern Cape province: Cattle graze in the fields below the Nelson Mandela Museum.

They are watched by Vuyani Sidubule, dressed to show he is currently undergoing his manhood initiation. Mandela grew up and went to school in the village of Qunu. This land still belongs to the Mandela clan.

The Wild Coast in South Africa stretches along the Eastern Cape province’s northern coastline. As its name suggests this strip of coastline, which reaches from the Mtamvuna River in the north to the Great Kei River in the south, is an untamed wilderness. It offers incredible views of the dramatic coastline, jagged cliffs, sheltered bays, wild beaches and rolling hills and valleys.


The Transkei, a former homeland, forms part of the Eastern Cape Wild Coast and is an underdeveloped area with low population that cannot be easily accessed, but is a hikers' paradise and can be enjoyed on horseback. The area was also the territory most contested by British colonialists. It is renowned for being one of the most beautiful places on the planet and is the heartland of the Xhosa nation. (South African Tourism)
The Wild Coast may be South Africa’s most spectacular, yet least touristy region with its rocky coastline, indigenous forests, secluded coves and many river mouths. Umngazi, is an award winning family resort & spa. The thatch-roofed bungalows are situated amongst the indigenous gardens. 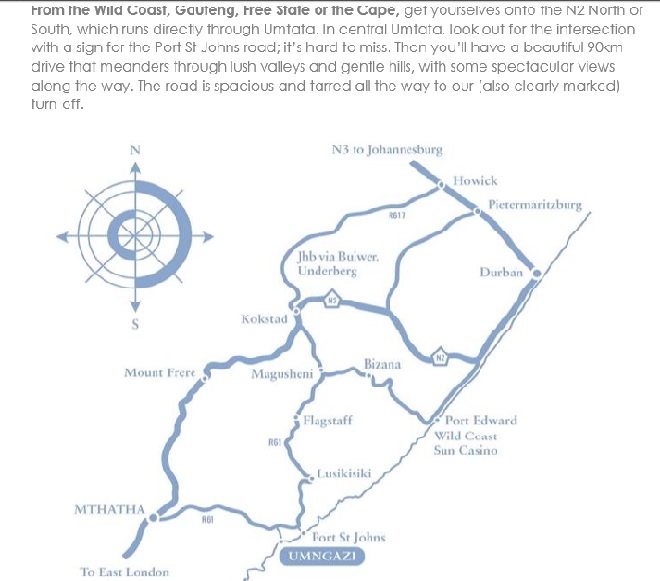