Paragon Architects had a hand in delivering the Cape Town Stadium on time for the FIFA 2010 World Cup Soccer - Several firms were contracted to the project, with Paragon Architects focusing mainly on the design of the roof as part of POINT Architects and Urban Designers. Here is a look at some of Paragon's other projects...

Located at the western edge of the bustling Sandton Central area, the glass and aluminium towers of 15 Alice Lane rise as statuesque architectural statements on the skyline of Johannesburg’s north-western suburbs. This 24,000 square metre double tower structure is the new office space of well-known legal firm Deneys Reitz. Set atop a six-storey basement the two towers rise 17 storeys into the Johannesburg sky. 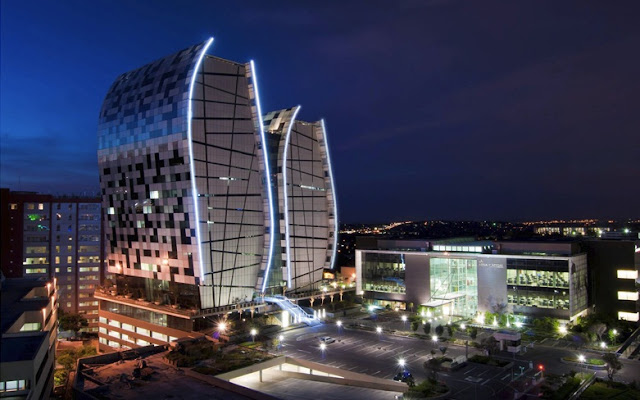 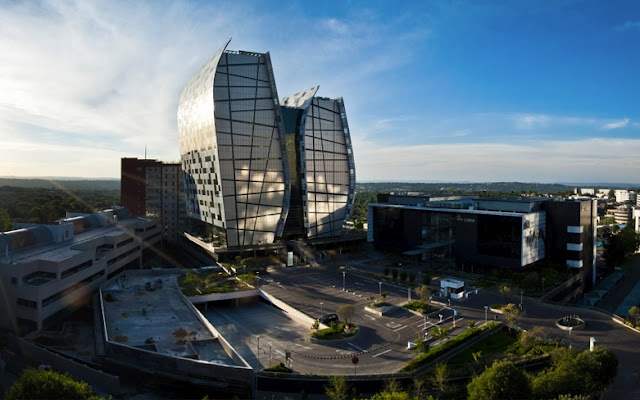 As a catalyst for a new office park along the fast developing stretch of highway between Pretoria and Johannesburg, the AFGRI head office building became a significant talking point during its construction. The developer wanted to raise the design bar in their extensive commercial portfolio and the tenant needed to shed an old-fashioned corporate image. Paragon was therefore approached to meet the needs of developer and tenant because of their established record of progressive architectural work. 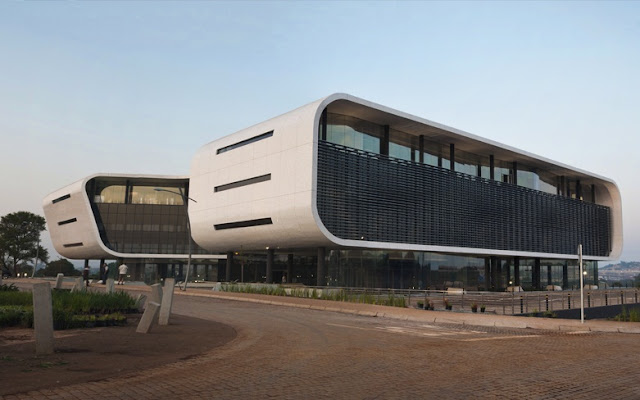 Set between a busy highway and low-key residential housing, careful consideration was given to how the building would occupy the site. It had to provide pleasing facades on both sides without jarring with the aesthetic of each area, which was solved with a transitional flowing, sculptural form. The ‘soft’ forms of the design distinguish the building from its hard, semi-industrial environment and balance the residential architectural elements. 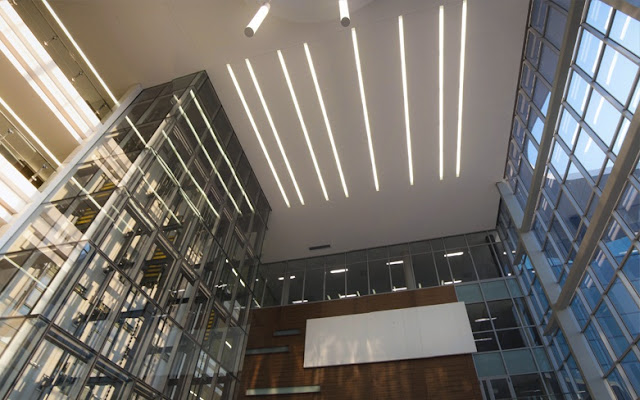 Office space is elevated on a series of pilotis, separating it from the corporate lifestyle areas on the ground floor. Generous use of glass and light creates a spacious interior for a more comfortable work environment.  The building is wrapped in a broken ceramic tile facing or “azulejos quebrados”, popularised by other modernists such as Santiago Calavatra, which creates a defining architectural statement on the landscape of Centurion. 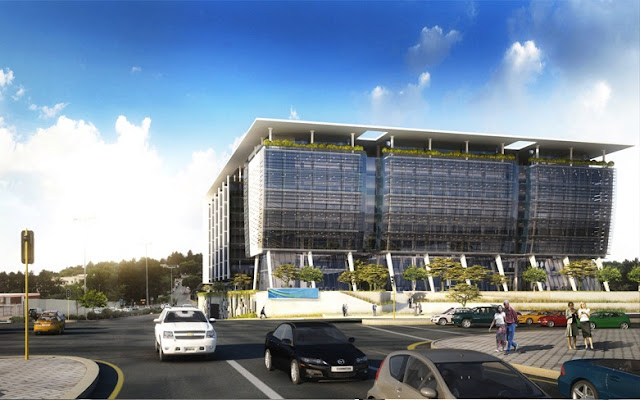 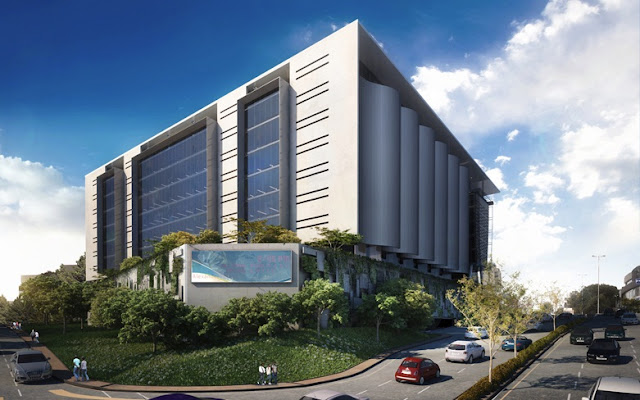 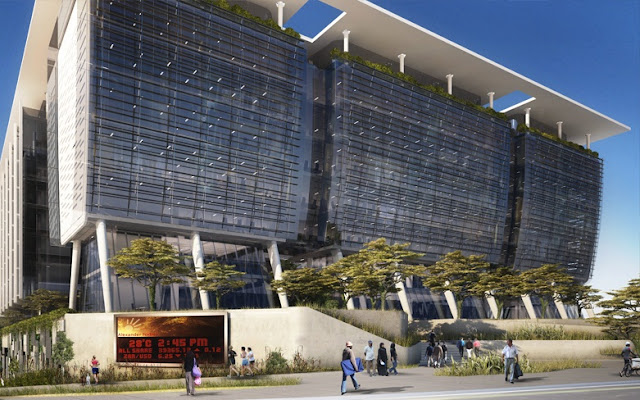 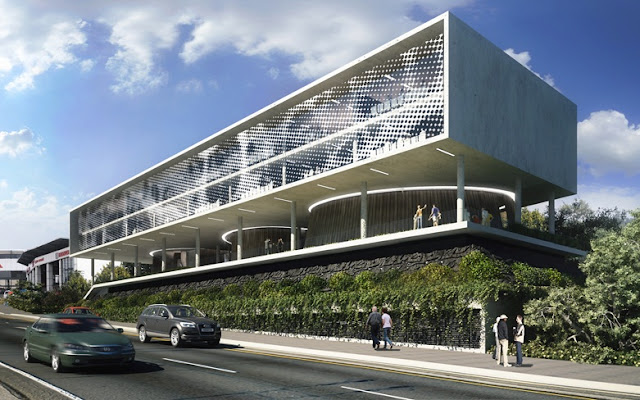 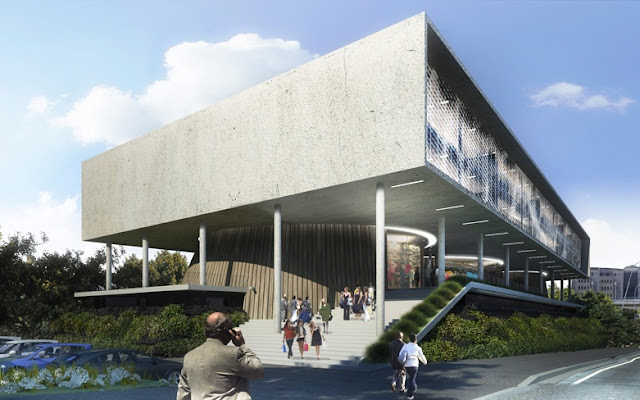 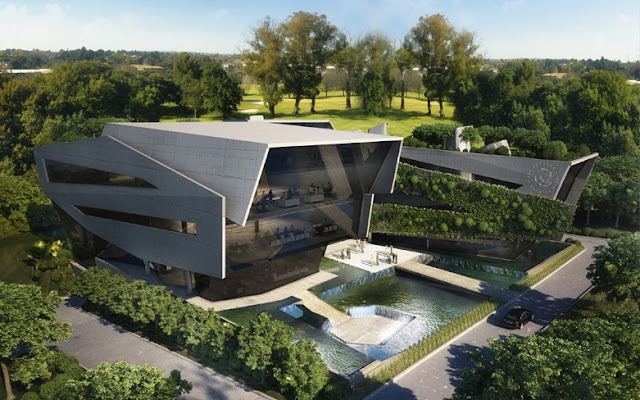 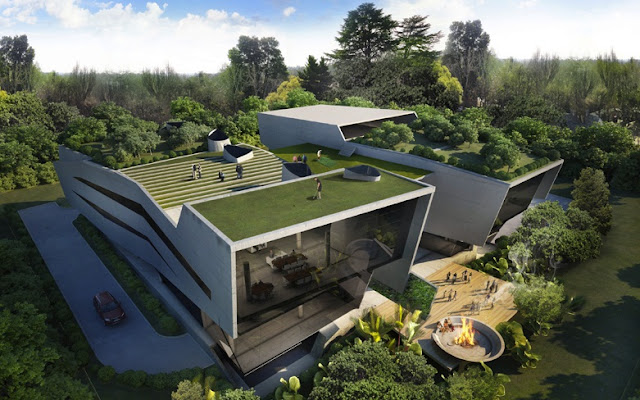 Paragon Architects is a dynamic and innovative architectural design business, based in Johannesburg / South Africa, and active since 1997. It is the originator of the Paragon Group of design businesses.