TRAVEL AFRICA ON A LUXURY TRAIN

Experience the extravagant elegance of rail travel on the most luxurious train in the world.  Rovos Rail’s unique train safaris through the heart of Africa combine some of the most magnificent scenery with the glamour and excitement of the golden age of rail travel. These beautifully rebuilt trains offer accommodation of the highest standard combining the opulence of a bygoneera with subtle modern innovations. 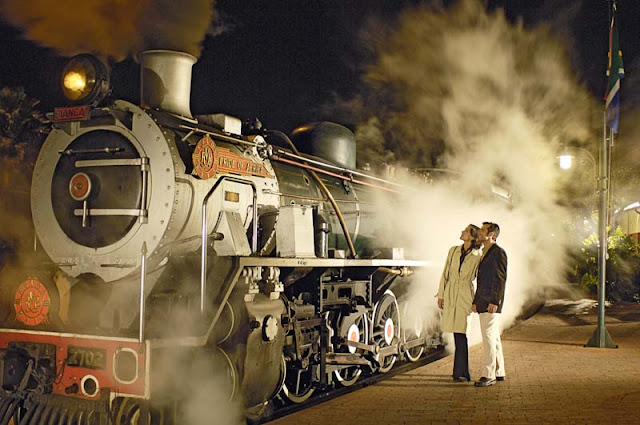 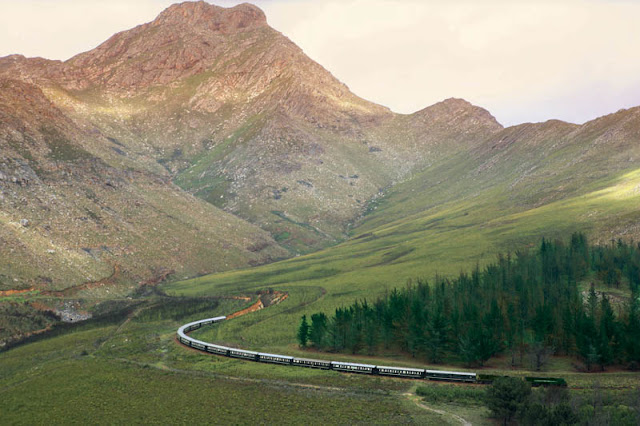 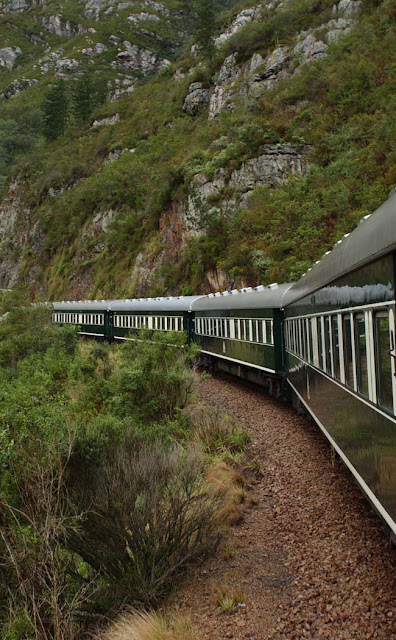 General make-up of the train

Dining Cars
The Classic and Edwardian trains travel with four beautiful pre-1940 dining cars. Rovos Rail has two A-22 twin diners, which are characterised by their carved roof-supporting pillars and arches. They derived their twin designation from running with a dedicated kitchen car. 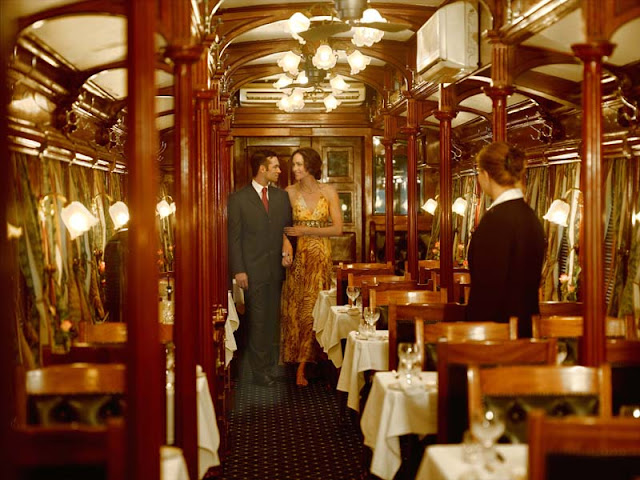 Lounge Cars
Expansion plans in 1995 saw the Classic trains move from 42 to 72 guests, making a second lounge car a necessity. Coaches 3215, 8337 and 3293 were originally modern steel-sided sleeper cars. They were stripped and refurbished to create comfortable non-smoking lounge cars, which are placed in the middle of the trains usually ahead of the dining cars. Deep sofas and wingback chairs make for an extremely comfortable car in which guests nodding off for an afternoon snooze are a common sight. The lounge cars are used as lecture rooms on the annual Dar es Salaam journeys and also house a small, discreet gift shop. As with all the service cars the lounges are air-conditioned, yet the windows can be opened allowing in the sights, sounds and scents of Africa. There are few, if any, luxury trains anywhere in the world with this special feature, which has proved of particular benefit when a train has been chartered for a Steam Safari – steam enthusiasts like to enjoy the full majesty of a working locomotive and windows that open are top priority. This feature, coupled with luxury and service as well as a selection of Rovos Rail steam locomotives, makes this a truly unique opportunity to sample long-distance travel behind steam traction. 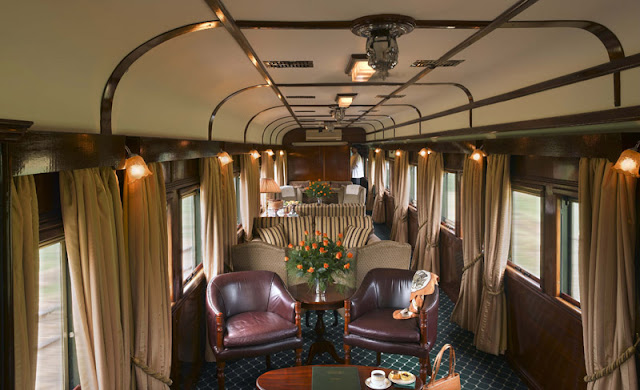 The Observation Cars
Originally A-28 dining cars built to drawings by Mr W Day. Permission was granted by SAR to run Rovos Rail’s observation cars at the back of the trains, enabling the enlargement of the windows and the construction of unique open-air balconies. Coaches 225 NILE, 226 MODDER and 220 KEI entered service between 1935 and 1938 and stayed with SAR until 1983 when they were sold to Mr S Krok of Johannesburg. They were transported to the Jewish Guild Sports Club grounds in Morningside, Sandton, to become the nucleus of a novel restaurant. Rovos Rail purchased them in 1988 and restored them to service as observation cars. During 2010, a 1960 third-class sleeper 6320 was rebuilt as an observation car and has proved a great success. The ride is also a little better than its counterparts as the bogies are the more modern, commonwealth type. 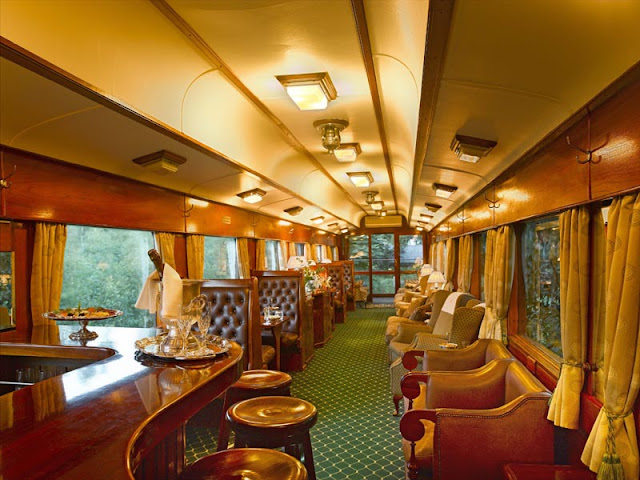 The Club Car
Was created by demolishing the end suite in a deluxe carriage; this was done specifically to host the smokers on the train in a public area and also as an overflow facility adjoining the Observation Car. With a glass passage wall, guests can comfortably watch the scenery on both sides of the train. 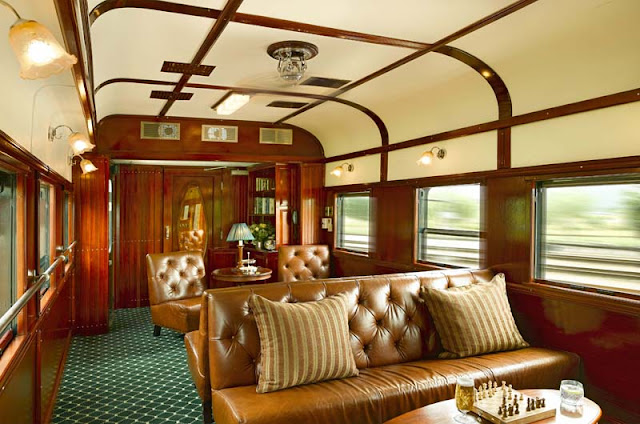