“For all the toll the desert takes of a man it gives compensations, deep breaths, deep sleep, and the communion of the stars.” Mary Austin.  In the case of Wilfred Thesiger, well-known British explorer, who wrote about his experience in the Arabian Desert, could just as well have written this about the Namib:  “No man can live this life and emerge unchanged.  He will carry, however faint, this imprint of the desert, the brand which marks the nomad; and he will have within him the yearning to return.  For this cruel land can cast a spell which no temperate clime can match.”

Today I’m going to tell you about a place called “Wolvedans” (Wolves Dance) – one of the largest privately owned nature reserves in Southern Africa. 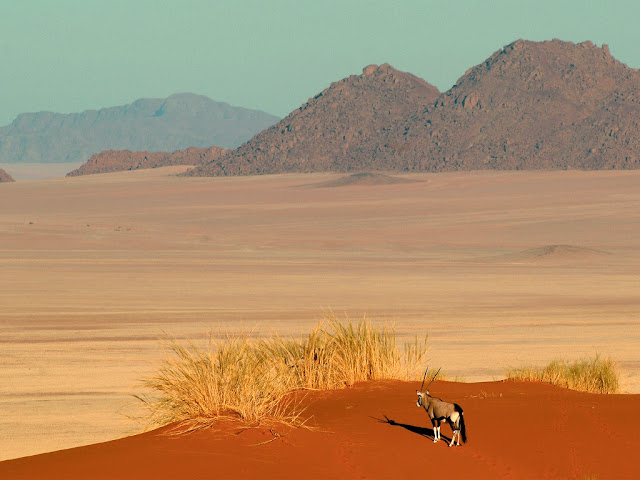 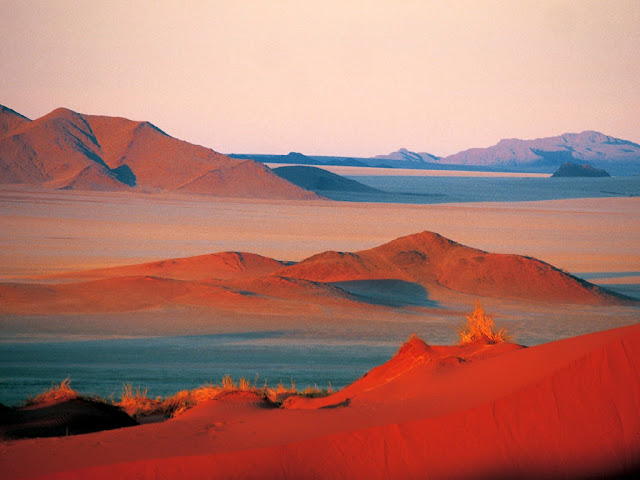 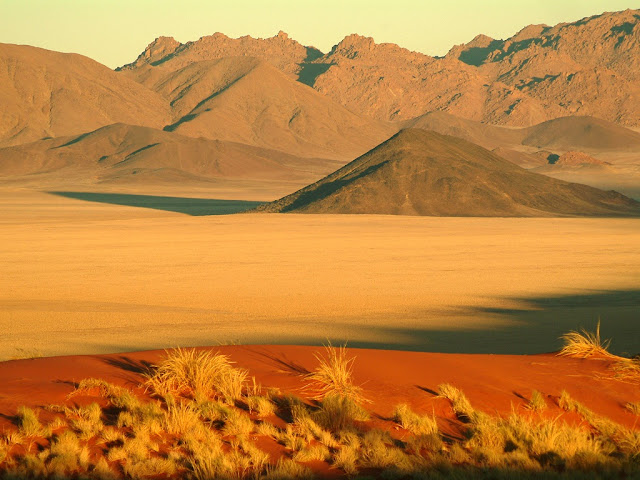 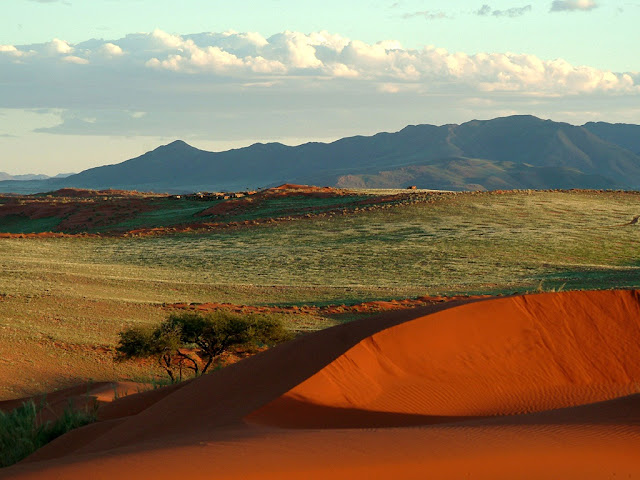 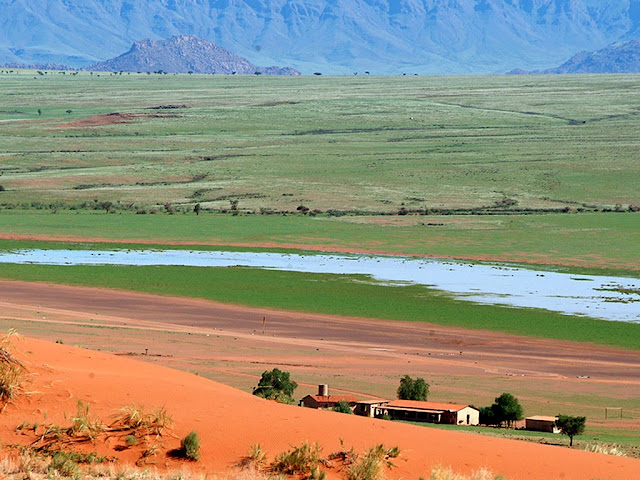 This imagistic place was Albi Brückner vision, and he fulfilled it, by developing a seamless wilderness sanctuary for wildlife to roam freely, by purchasing 13 overgrazed sheep farms and removing the fences.  Guest numbers visiting the Reserve are limited – every guest at Wolwedans has one million square metres to themselves, making this luxury of abundant space so unique and appealing.

Wolwedans consists of a collection of five camps, each one designed with their guest’s individual needs at heart.  The Wolwedans Collection has vast appeal to people looking for an honest, relaxed and down-to-earth experience, without air-conditioning, spas or hairdryers – it is a place to arrive, to be, to learn and unwind.  If you are an open-minded and nature-loving person in search of a distinctive desert experience, far off the beaten track, Wolwedans is for you. The camps are: Dune Lodge, Mountain View Suite, Private Camp, Dune Camp and Boulders Camp.  The later being the newest camp and the one I’ll be featuring today.

The newest, most sophisticated and exclusive of the Wolwedans Collection of camps, and favourite amoungs celebrities.  Boulders is situated in the south of the Nature Reserve, and lies against a tumbled backdrop of massive granite boulders. 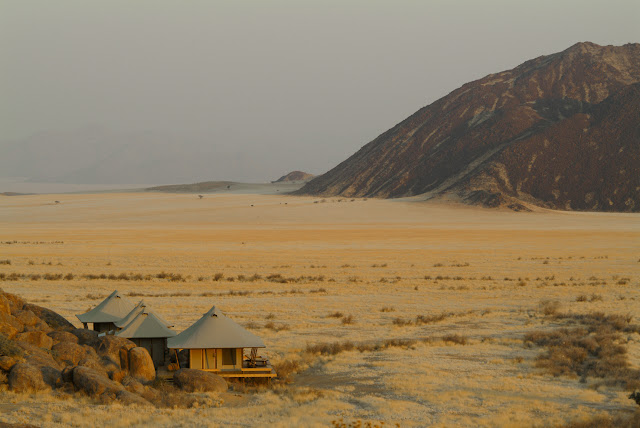 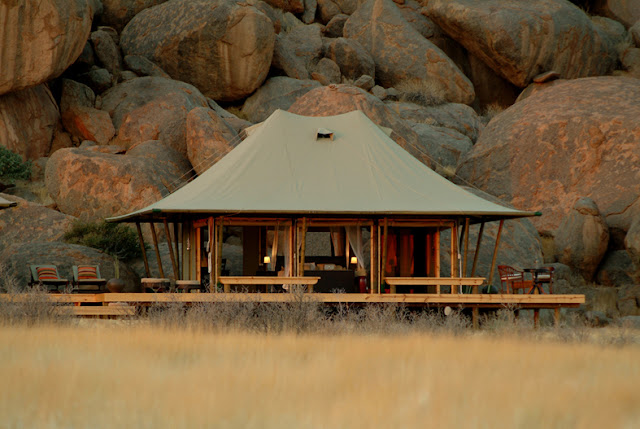 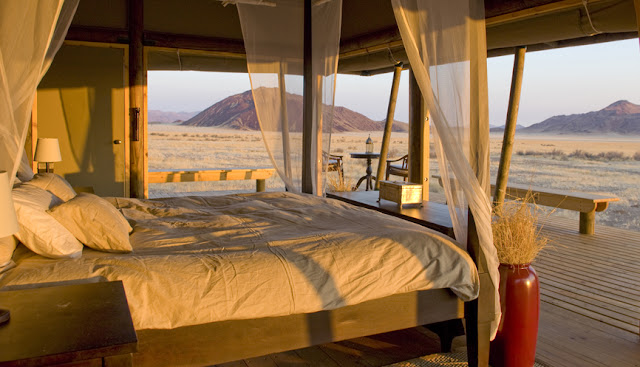 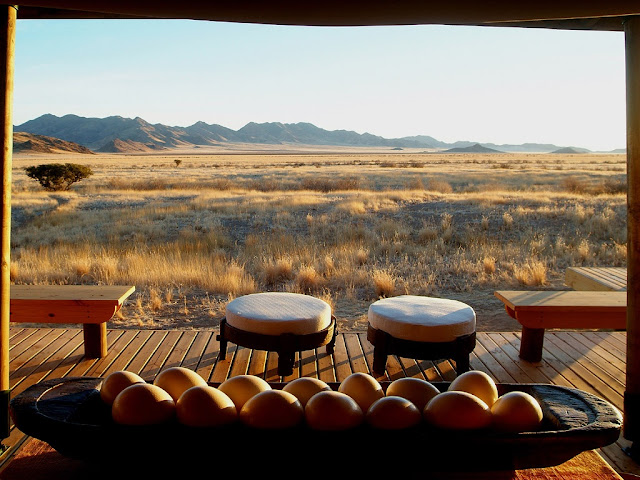 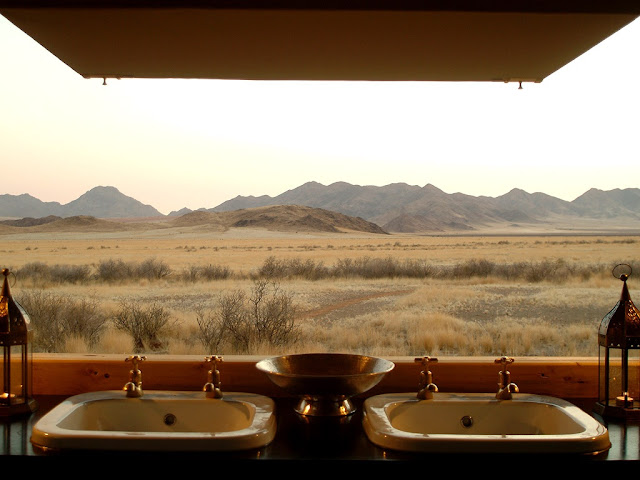 Sleeping a maximum of eight guests, the four spacious tents are constructed entirely from wood and canvas, and beautifully furnished.  The main area consists of a dining and lounge tent, breakfast deck and open fireplace.  The breathtaking views overlook the vast beauty of the reserve, and the fertile valley where clans of San used to gather to hunt, feast and socialise.

The Wolwedans Foundation has been established as a non-profit trust, funded by Wolwedans and private donors.  The focus areas are:  Education, Conservation and Social Development.


The Foundation established Desert Academy in 2007, which affords young, aspiring Namibians the opportunity to earn while they learn the theory and practical basics of the hospitality industry.
In addition, nice (Namibian Institute of Culinary Education) is a chef training and finishing school, based in Windhoek.  2011 sees its fifth year of operation - nice offers theoretical and practical training to young Namibians who wish to pursue a career in the culinary arts.  Both the Desert Academy and nice are supported by the Wolwedans Foundation, and external donors. 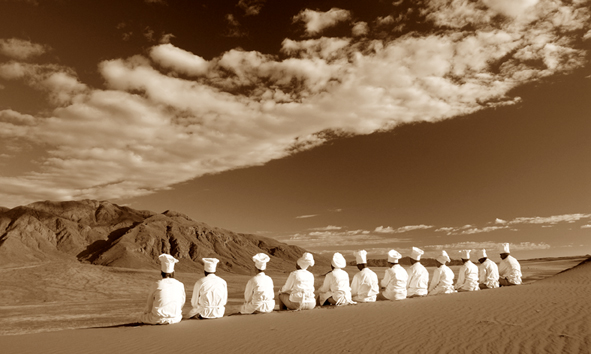