It’s time to go on Safari!!  Before you depart this planet place AN AFRICA SAFARI high on that bucket list of yours!!  There are so many stunning places in South Africa and I promise to post about some of those in the near future.  However, for now, let’s cross the border, and take a flight from OR Tambo - Johannesburg’s International Airport to Maun in Botswana. 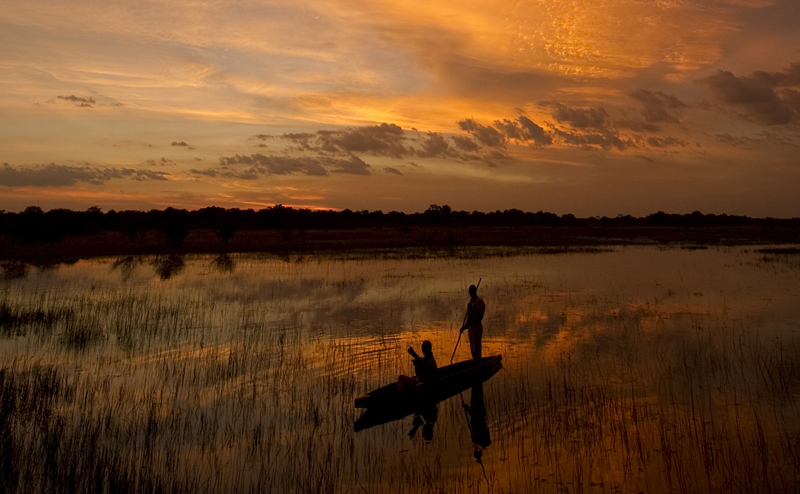 From here MackAir, a light aircraft, will take you to an airstrip in the Okavango Delta, only a 15 minute flight, and you will be received by representatives of Stanley’s.  They will drive you to camp, a mere 20 minutes.  You may even encounter your first sightings of wildlife during this short trip.  So be on the lookout you’re in the African bush now. Image below taken with my point and shoot flying over the Okavango Delta.

I visited Botswana, Zambia and Zimbabwe in 2003.  I even dug out my external hard drive, from way back then, to find some images of that memorable trip.  Unfortunately, I only knew how to use a point and shoot camera back then, set on automatic.  The images you’re about to see will be a mix bag, some of them are mine, and the rest were forwarded to me by relevant companies I’ll be posting about. They were Sanctuary Stanley’s Camp, on the tip of Chiefs Island, bordering the southern section of the famous Moremi Game Reserve.

Stanley’s offer some of the best game viewing in the Okavango, including the rare and elusive wild dog. There are only 8 luxury tents at this camp, I highly recommend, staying in one, at some point during your safari, to experience the overall feeling of being in the African bush.   Mix it up, if you want to.  However, do not cheat yourself out of the experience.  That smell of canvas mixed with the aromas of Africa’s bush, accompanied with silence, only to be interrupted by the calls of wildlife, oh man... Please take me with you


As a child I spent all my winter vacations on safari, and have come to know a thing or two about Africa’s bush. Being on a plateau miles away from camp, before sunrise, preferably on my own or with a loved one and a steaming cup of coffee; eyes locked on the horizon awaiting the first rays of light to appear on the grass plains.  It is here that I feel at one with all creatures big and small.  My sense of sight and sound seems finely tuned in the absence of urban clatter - and above all else - the smells of Africa’s bush is without equal.  The following 3 images - my point and shoot camera


Do not leave Stanley’s without taking a Mokoro ride (see my image below) part of your free activities.  You can also interact with the elephants that were brought up in this area. A few people each day are able to accompany them on their walk through the bush. This is not part of your free activities, however well worth checking out, book early it is quite popular. Image taken by a guest of me in a Mokoro with his Canon SLR camera.

Sanctuary Chobe Chilwero, next door to Chobe’s National Park; home to the world’s largest emaining population of elephants.  This is an incredibly luxurious lodge with just 15 guest cottages, as well as the only full spa on the Botswana safari circuit. Stanley’s and Chobe Chilwero are both part of the Sanctuary Retreats.   I loved my stay here especially my room it was simply stunning.


The best way to end your day, after an educational game drive, is with a cocktail in hand floating on Chobe River in a boat. Get up close and, almost personal, to elephants as they wade in the river (image below with that point and shoot camera of mine at work) I saw crocodiles, hippos (my daughters favourite) and interesting birds nesting in the river banks.
Another camp part of the Sanctuary Group called Chief’s Camp, unfortunately it was fully booked during my visit in 2003, remains on my list of places to visit before I die.  This camp was just voted “Botswana’s Leading Luxury Camp” at this year’s World Travel Awards. 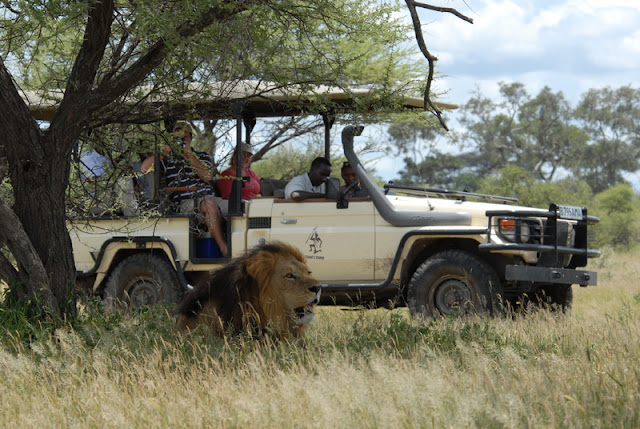