The Limpopo is South Africa’s northernmost province and known as the Eco capital of the country; sharing borders with Mozambique, Zimbabwe and Botswana - named after the great Limpopo River.  The central hub was called Pietersburg and has been renamed Polokwane. Domicile to the Tsonga, Pedi, and Venda, among others, long before the Voortrekkers called this wilderness home.

In the Limpopo you’ll find places like; The Bushveld, Waterberg, Bela Bela, Modimolle, Magoebaskloof, Soutpansberg, to name a few.  It is also the gateway to the northern section of the Kruger National Park; as well as several Limpopo province nature reserves and a large variety of private game reserves to choose from.  One of my favourites are at the foot of the Waterberg Mountains on the ancient trade route through Southern Africa called, Marataba Safari Co. (see the following 2 images below) a perfect place to unwind for a few days in the Bushveld -


The Limpopo is known for its majestic scenery, pre-historic secrets and abundant wildlife; its wide open planes, farmlands, and hot mineral springs. It’s also home to ancient forests, waterfalls, mystical ruins and heritage sites.  Around here, it seems, that names of places were given pretty straightforwardly, each taking its cue, from near nature itself; a tradition that seems to have been upheld, even after many of these towns experienced a name change since 1994.

The Bushveld is a sub-tropical woodland Eco-region of Southern Africa that encompasses most of Limpopo Province and a small part of the North West Province of South Africa, the Central and North-East Districts of Botswana and the Matabeleland South and part of the Matabeleland North provinces of Zimbabwe.


This is the land of Jock of the Bushveld, first published in 1907 by South African James Percy Fitz-Patrick an instant best seller and a local classic. Since then it has never been out of print.  Jock is so revered in South Africa that in the province of Mpumalanga in a town called Barberton you’ll find a statue honoring this faithful Staffordshire Bull Terrier. 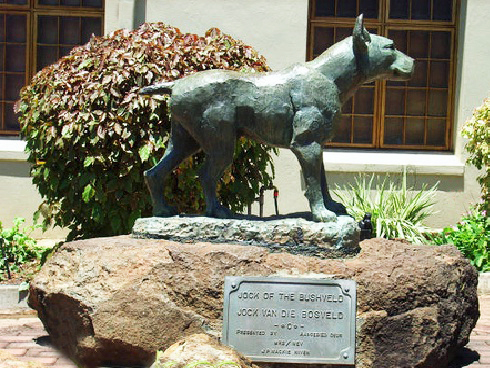 Taken in the Bushveld - This Lion and Lioness fighting as part of a mating ritual
Bela Bela and Modimolle are only 30km apart.  Bela Bela means “boiling, boiling” in Tswana, a direct translation from the towns previous English and Afrikaans names Warmbaths/Warmbad – Similarly, Modimolle (place of ancestors) was formerly named Nylstroom.  The later town is the smaller and prettier one of the two.  The drive along the R101 is speckled with quaint farm stalls.


From Polokwane to Tzanee you’ll travel on the Magoebaskloof pass.  Stop-in and visit the 120 year old Gold Rush town of Haenertsburg; known as possibly the quaintest village in the enchanting Limpopo escarpment.  This hamlet has also seen its fair share of wars the Makgoba War and the Anglo Boer War.

Near Tzaneen there is Lake Fundudzi: you’ll need to approach the lake according to the Venda people’s custom.  For it’s here, deep beneath the waters, that their ancestors gather in the afterlife.  The ritual works like this.  When you first arrive, don’t face the lake directly. Have your back towards it then bend over so that your head hangs between your legs. Now, open your eyes. The lake is before you, upside down of course.  Call out the name “Fundudzi!” and raise yourself from your up-side-down pose. At this point you are allowed to gaze at the blue waters, home of the sacred ancestors.

Just outside of Tzaneen you can visit Debegeni Waterfalls.  Don’t miss Modjadjiskloof – approximately 15.32km (9.52miles) from Tzaneen.  On the farm Sunland enjoy a cocktail inside the Baobab Tree Bar and Wine Cellar; one of the world oldest (± 6,000 years) and most famous trees.  The Sunland Baobab is 22 meters high, and is some 47 meters in circumference.  It is still (and is likely to remain so) “the record holder for the species” according to the SA dendrological Society. 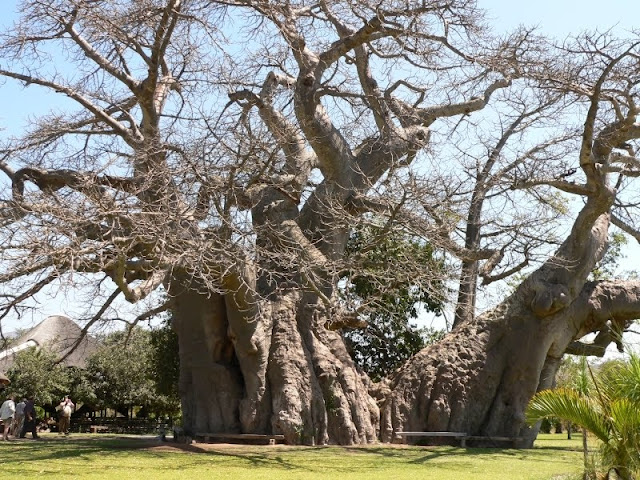 From Tzaneen it is approximately 1 hour and 30 minutes to Phalaborwa the closest entrance into Kruger National Park. 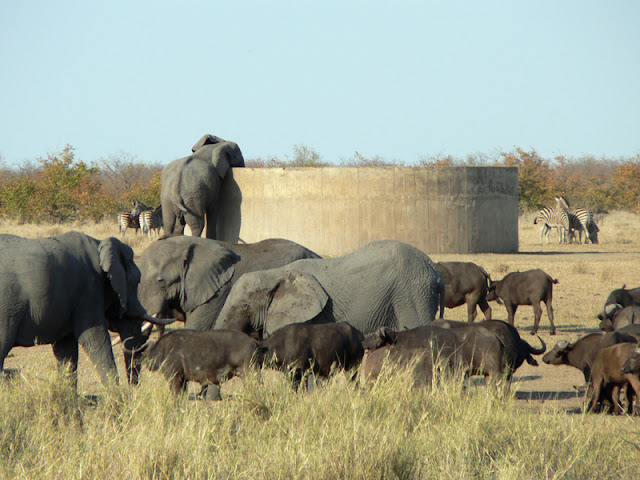 If you have already visited the park, then head to the Soutpansberg (Salt Pan Mountain) near Makhado (formally Louis Trichardt.)   Where salt has been mined since the Stone Age, and a whopping 340 indigenous tree species can be found in this region; mopane and ancient giant baobabs to name a few.  Wildlife is plentiful including the world’s largest concentration of leopard.  Where the Shashe and the Limpopo rivers join you’ll find Mapungubwe; this ancient city lies on top of a 300 meter long hill with vertical 50 meter high sandstone cliffs, it’s now a World Heritage Site.  Stay at Leshiba Wilderness Game Farm (the following images were all taken here.) 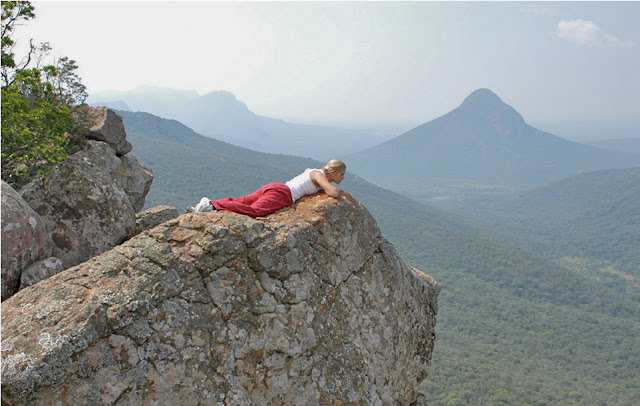 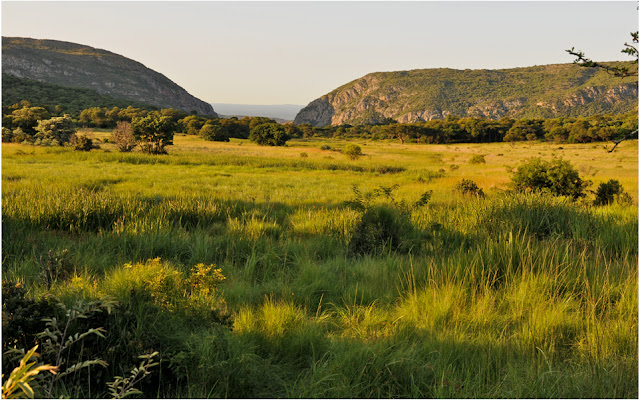 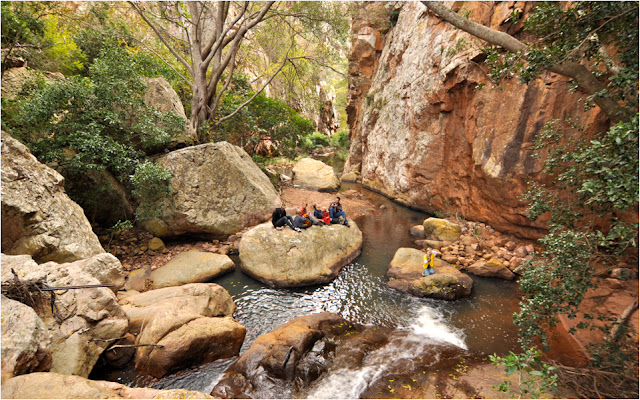 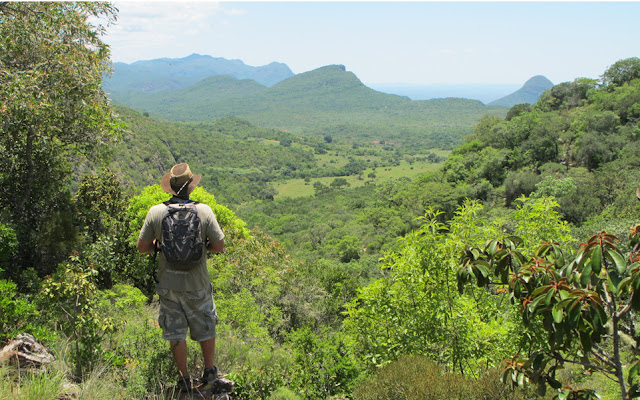 There is so much to say about this part of South Africa; I will have to return with a follow-up post.  Until then travel safe, and we look forward to seeing you, back here at www.travelandtradesouthafrica.com real soon.